Home / News / What is the Green Deal?

The government is finalising it’s plans the this year for the Green Deal.  The Green Deal is essentially a mechanism for home owners and small businesses to access low cost finance removing the capital cost investment barrier for making your property more energy efficient from loft insulation to the installation of renewable energy technology. 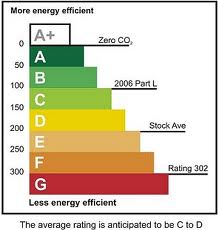 Under the Green Deal, bill payers will be able to get energy efficiency improvements without having to front up the cash. Instead, businesses will provide the capital, getting their money back via the energy bill.  At the heart of the offer is a simple rule: estimated savings on bills will always equal or exceed the cost of the work.

It?s a flexible framework, one that gives businesses and consumers the opportunity to make the energy efficiency improvements that best suit their situation. Millions of homes and businesses could benefit from improvements under the Green Deal. Owner-occupiers and tenants will both be able to reap the rewards of better energy efficiency.  And there will be extra help for those most in need, such as the vulnerable, those on low incomes and those with homes that are expensive to treat.
Download the DECC Green Deal Leaflet