The Government have pumped £1million into a project to restore the pumping station at Chester Weir into its role as a hydroelectric power station. 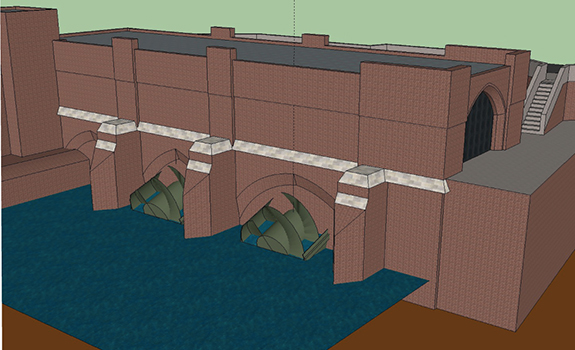 The cash comes from the Higher Education Funding Council for England’s Revolving Green Fund, which awards grants to higher education bodies to fund teaching and help them reduce carbon emissions. Alice Elliott is Sustainability Manager at the University of Chester, and said she believes that the project:

?Will not only create energy, but will help the University to reduce its carbon dioxide emissions by around 12%. It also has the potential to provide a wide range of social, economic and environmental benefits for the wider community and CWaC.

?This is a unique opportunity to have a positive impact on river conservation and tap into an abundant local source of renewable energy, thereby reducing our reliance on fossil fuels as a community. That energy will also create real benefits for the community by potentially generating a financial return that is open for anyone to invest in.?

The pumping station is a Grade II listed structure was originally built as a hydroelectric station, as part of the Chester Weir facility, which supplied water to the city for 40 years from 1913. Currently used as a pumping station, it is due to be de-commissioned in April 2015.

Renewable energy, both on a grand scale like this project, and at the household and small business levels, is the next sensible step in reducing environmental impact, reducing your reliance on the rising costs associated with sourcing energy from the global markets, and creating sustainable sources of heat and electricity. 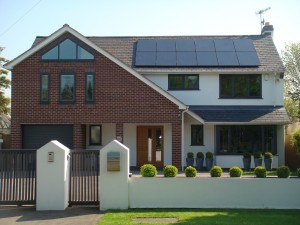 While hydroelectric power is out of the reach of most homes and businesses, low-cost, low-carbon electricity is not. Solar PV not only generates electricity to power much of your home, reducing the amount of electricity you need to buy from the grid, but thanks to the Government?s Feed-in Tariff scheme, you earn money for every kW of electricity you generate from your solar panels, and more cash from electricity you sell back to the grid.

You may believe the North West doesn?t have sufficient sunshine hours for solar panels to work effectively, or that you?ve missed the boat due to reductions in the Feed-in tariff.  However, recent reductions in the cost of installations mean solar panels are now more viable than ever for many homes and businesses.

To talk to EnergyMyWay about how your business or home can use renewable energy to your best advantage, email cheshire@energymyway.co.uk or call 01244 683713 to speak to our regional Cheshire West and North Wales director, Jake Johnson.