Richard Jones, EnergyMyWay?s Director in Lincolnshire and Nottinghamshire talks about the direction of Renewable Energy for Farmers in 2013

A New Year always brings a new perspective on life and 2013 promises to be an interesting one for all involved in the industry.  However it is really a year of potential opportunities for all our customers in particular those in the farming community.  Set out below are some of the principal opportunities with the three renewable energy technologies that can provide the biggest benefits:

The battles of wind developers with the Planning Authorities in Lincolnshire such as at Humberston will lead many to think that the days of them gaining large profits are over.  Whilst Planning will certainly become more and more difficult under the current Local Government Authorities, there are still opportunities for farmers to gain good returns on the available wind energy tariffs through investing themselves in smaller scale turbines such as the Kingspan KW6.  This can offer a payback in Lincolnshire in under 7 years on an investment of under £30,000. 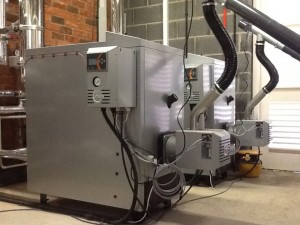 The Renewable Heat Incentive as it stands is a very attractive proposition in which Farmers were starting to invest during 2012.  The prospect of gaining a significant return on investment as well as abandoning the use of oil is an excellent opportunity particularly for those using heat for rearing poultry and those heating greenhouses.

Specialist equipment operating at the 200kW scale plus can offer a relatively low maintenance means of providing heat as well as gaining substantial financial rewards.  Some advisory and installation businesses such as EnergyMyWay can offer sensible funding packages to allow the rewards to be gained quickly.

Beware, however, those who offer free installation, in return for the full 20 year RHI payments – they?re rarely the best financial deal.

Another caution is investing in plant that requires high maintenance and filling with multiple fuels ? these can be excellent, but the number of situations where this is the optimum solution are fewer that is often thought particularly bearing in mind the need for many farming operations to be progressively less and less labour intensive.

As ever the key to long term success is investing in high quality plant and controls that will at least last the 20 years of the RHI.

This technology remains an attractive one although many in rural communities are under the incorrect impression that following the drop in Feed in Tariffs that its no longer worthwhile.

Although the current Feed in Tariff levels are lower than they were, the cost of installation are vastly lower too.

EnergyMyWay has found across the country that installations, particularly in the farming communities that Farmers have been starting to come back to look at PV following the harvest season, although the cash resources following the poor harvests are restricting investment a little more than previously.

For those farmers who have a high electricity consumption, the attraction is particularly great as it really helps to protect them from electricity prices that have been seen to continue spiraling upwards in the latter part of 2012.