We are very proud to announce that EnergyMyWay has been recognised by the Oxfordshire Business Awards judges as a 2011 finalist.

Credibility is one of the most important values of the EnergyMyWay group. As our market place grows, it is more critical than ever for customers to feel they have chosen a trusted, respectable and professional company. Being recognised by the Oxfordshire Business Awards continues to reassure our customers as well as giving everyone who works at EnergyMyWay a well-deserved reward.

The finalist award was presented to the Oxford team at a glittering ceremony attended by 500 members of the Oxfordshire business community.

Jason Hobbins, Managing Director of EnergyMyWay Oxford said, “It’s fantastic to be part of such a prestigious event and to be among some of the most impressive and exciting businesses in Oxfordshire. EnergyMyWay has gone from strength to strength in the last few years and this award is recognition of everyone’s hard work.” 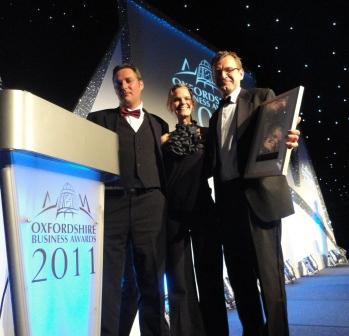