The team at the Birmingham & Black Country offices of EnergyMyWay have a new home.  In October they moved to the start-up offices in Wolverhampton Science Park.  The relocation puts the team at the heart of their territory, which takes in Birmingham, Sandwell, Walsall and Wolverhampton.

Sushil Birdi, Regional Director for the leading solar PV installers, EnergyMyWay, says “we’re delighted with the move, and would you believe that we had an enquiry within the first hour of us moving in!”. 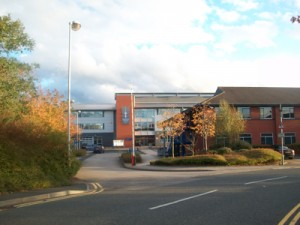 Although the office is accessible 24 hours a day, 7 days a week, you’ll be lucky to find either of the Directors there as they’ll be out visiting customers and overseeing the solar panel installations across the West Midlands region.

However, even if they are on the road Sushil and his fellow director Neil, can take your calls.  So please phone 07850 767 489 if you would like to find out more about how EnergyMyWay are the best guys to speak to in the Midlands for Solar PV installations.