Home / News / How has the spending review effected Feed in Tariffs? 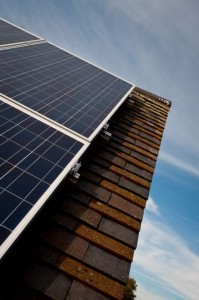 There was much trepidation and anxiety about the future of the Feed in Tariffs and the governments commitment to being the greenest government ever, so far so good but only time will tell.  The spending review basically announced no change to the FiT’s but reserved the right to review the situation if they proved to be too popular.  What does that mean in reality – if your planning on having a renewable installation do it before March 2012 which is the earliest that the FiT’s will be reviewed (this was the original review date for the scheme).

There is an excellent article by Adam Vaughan on the Guardian Website the most relevant parts are below:

What did the government say in the spending review about the tariffs?
The department of energy and climate change (Decc) said:

Feed-In Tariffs will be refocused on the most cost-effective technologies saving £40 million in 2014-15. The changes will be implemented at the first scheduled review of tariffs [in 2012, to kick in 2013] unless higher than expected deployment requires an early review

In other words, the feed-in tariff scheme and current rate paid to owners of solar panels remains the same. But there are two new elements here.

Firstly, in the 2012 review, changes will be made to the tariff that cut it by £40m, or 10%, in 2014 and 2015. Those changes won’t be announced until 2012, but could take the form of both a ‘trigger point’ where rates paid fall automatically if a certain number of solar panels and other forms of ‘microgeneration’ are installed, and a potential cut in rates paid to one or more of the four technologies covered by the scheme.

Second, the government is now saying it reserves the right to bring forward that 2012 review if there’s a rush of people and companies installing microgeneration between now and then.

What would this trigger point look like?
Decc isn’t saying, and won’t tell us until 2012. The cap could be on the total installed capacity (i.e. in megawatts) or the number of applications, or another criteria. When the government does tell us more, it will then need to consult on the proposals, because the legislation underpinning the feed-in tariffs doesn’t include any mention of a cap on volume.

When should I install?
As soon as possible. The rate of 41.3p per unit of electricity for solar panel owners was always only going to be guaranteed until 31 March 2012 and then reviewed in 2013 before decreasing in the following years.

However, what was new in today’s annoucement was an admission that “higher than expected deployment” – i.e. a rush of people fitting solar and wind – would lead to that 2013 review taking place earlier. So if thousands of people suddenly decided to install solar panels over the next year, the rate could be cut much earlier than 31 March 2012. Just how much “higher than expected” the rush would need to be to bring forward the review has not been revealed.