Our recent experiences suggest that regardless of the Government?s squeeze on incentives ? and in spite of the electrical grid?s dwindling capacity for new, large-scale generation connections ? many more farmers and landed estates will strike renewables gold in the months to come.  Just as with prospecting for precious stones and metals, when the best claims have been staked and exhausted it takes know-how, technology and tenacity to locate viable deposits and bring them out into the light.  A number of subtle and seismic shifts in our landscape have also brought back into reach some sites previously deemed unviable. 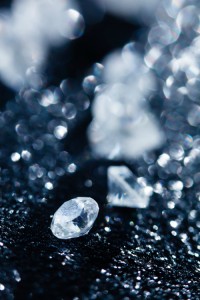 Diamonds in the Dust

The most significant impact on the solar industry in 2014 was the effective 5MW cap that the Department of Energy and Climate Change will impose on solar farms from 1 April 2015.  Until now developers have been focused almost exclusively on significantly larger sites of up to 50MW ? the bigger the better ? and as such they have prospected for large land areas with corresponding grid availability.  When searching for these prize finds, they invariably overlooked the ?diamonds in the dust? that are the viable 2MW to 5MW grid/land opportunities.  In recent weeks we have secured grid permissions at a number of such sites.  The buoyant market for these smaller sites has led to healthy competition between the integrated developer/owner/operators with whom we work, the result being offers of solid ground rents and lease terms for our landowning clients.

More subtly, saturation of areas of the grid with solar generation schemes has triggered extensive grid reinforcement works by the Distribution Network Operators (DNOs such as SSE and Western Power Distribution).  Much of this reinforcement is to the 132kV ?backbones? of the DNOs? networks and can be extremely high-cost work with very long lead-times ? running into millions of pounds and often taking between 2 and 4 years to complete.  This phenomenon provides opportunities for landowners in areas affected by these grid embargoes.

Firstly, once some grid works have been triggered by a solar scheme taking on some of the costs, the remaining costs are apportioned to future schemes.  The apportioned-down cost may be significantly lower than an offer that a developer might have previously had for a piece of ground.  If the reinforcements have been 100% paid for by a number of solar farms, then there will be no associated reinforcement costs.  Similarly, if the reinforcements are at the 132kV level and a scheme would be connected at 11kV, then the “two step rule” means that the DNO will not apportion reinforcement costs to the 11kV scheme.

Much of our work now is in taking advantage of the innovative “non-firm connection offers” that some DNOs have begun to issue ? albeit very much on a case-by-case basis.  The use of grid protection technology can, in some instances, enable grid connections both in advance of and without the cost of grid reinforcements.

Since the Government capped the incentives under the Renewable Obligation mechanism to sites of a maximum of 5MW, developers? appetites for larger sites that would fall under the Contracts for Difference mechanism (CfD) has been disappointingly low.  By March 2015 we will know the result of the first round of CfD auctions whereby strike prices are allocated on a sealed bid basis.  Intelligence at this point will remove some uncertainty around CfDs ? for better or worse ? and developers may then seek to invest in larger schemes up to 50MW.  A grid application takes up to three months (65 working days) for a DNO to process and the resulting grid offer can be valid for up to three months (90 days), so it is worth getting grid applications under way now for larger sites ? just in case the ?weather? changes for the better.

In summary, there are many potential sites out there that, historically, have been overlooked or rejected by developers owing to either the prevailing incentives of the day, or status of the grid and the DNO?s policy at a given point in time.

Our advice to any landowner or their agent wishing to find out whether they do now have solar farm potential is to contact an independent specialist, without delay, for a rapid feasibility study.  Energy Assets usually turns these around within 24-48 hours and will invest significant expertise and effort ? at no cost or obligation to the landowner ? to winkle out and secure any potential grid capacity on any site that has a good chance of achieving planning consent.

Potential On Your Land?

For more information or to arrange a feasibility study at no cost or obligation, please email Lucy Taylor lucy.taylor@energymyway.co.uk or contact Energy Assets direct on 01993 830571.  We look forward to hearing from you.

Hugh is an expert on utility-scale renewables development, particularly solar farms. He is always happy to speak to farmers, landowners and their agents in confidence about potential renewables opportunities.