EnergyMyWay head office are moving into new premises in Eynsham, Oxfordshire.  Due to the expansion of the EnergyMyWay network EnergyMyWay is moving its head office operation to Eynsham 10 miles from Oxford.  The new facility will have a fully equipped training room with two false roofs and a solar thermal and solar pv systems where we can train our installers to MCS standards. 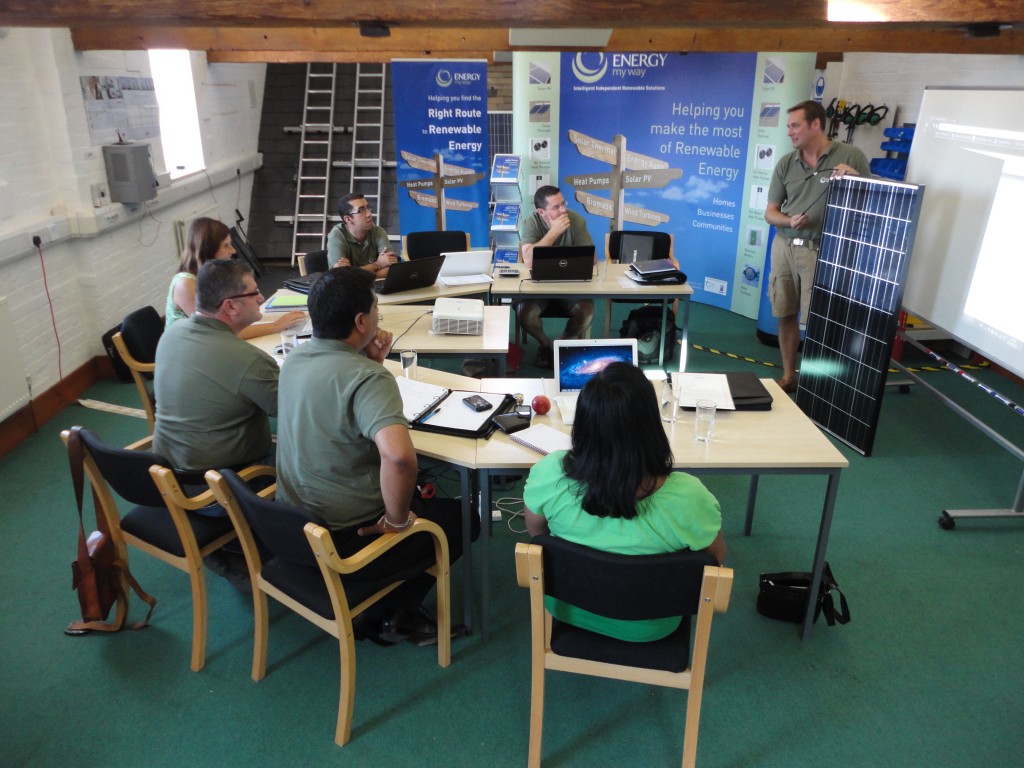 Above:James Eades training EnergyMyWay’s new Regional Directors for Birmingham, Warwickshire, Middlesex and Hertfordshire.
The new office facility allows us to bring the training of a large range of the technologies we install under one roof.  We will shortly be installing a Wind turbine in Oxfordshire for training and client demonstrations.