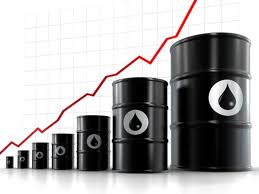 After last Winter?s shocking price hikes of heating oil to more than 70p a litre, prices are on the increase again.

Throughout the majority of 2009 and 2010 the average price of heating oil for domestic and commercial customers was around the 45p a litre mark ? this was before the bad weather and shortages around the turn of last year which saw average prices increase to just over 73p a litre.

Prices since then have dropped back and through 2011 average prices have been as low as 55p. Worryingly, though they have been on the increase over the last 3 months with average prices currently nearing 61p a litre.

Even at the 60p threshold domestic heating bills for those on oil will be at least a third higher than they were for much of 2010, putting even more pressure on household budgets for those who cannot get natural gas.

Now is the time to look at renewable energy alternatives ? with the coming of the Renewable Heat Incentive, moving away from oil and LPG is ever more financially worthwhile. Such solutions include highly efficient heat pumps and biomass boilers which can reduce ongoing costs considerably. There are even options for just getting off using oil for hot water which can make a difference to oil consumption. A survey offered free of charge by EnergyMyWay is advised if you would like to take advantage of the incentives available and reduce your ongoing heating costs.