The client had an existing installation, not installed by EnergyMyWay, which appeard to be generating less than expected. The solar panels were positioned on the east and west facing roofs. The installation company had ceased trading and the system was out of warranty. We were asked to take a look and our survey identified potential problems in respect of shading which would affect the performance of the east facing panels. The panels had been installed on the lower section of roof, which later in the day would be affected by shading from the neighbouring two story property at the bottom of the garden. To make matters worse the client’s property was downhill from the adjacent property. We also identified that some of the fixings had not been installed correctly.

We re-installed the panels at a higher level on the roof and provided new fixings where necessary. On completion we recommissioned the system and checked operation. The client now has peace of mind that the installation has been installed as it should have been, and there is potential for more energy to be harvested. 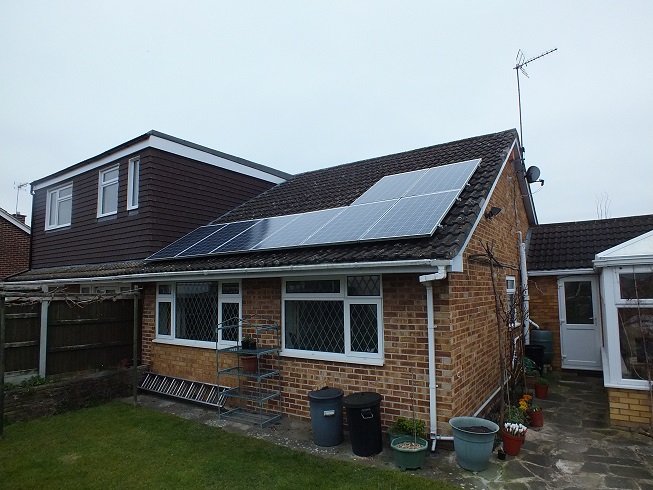 Read more about this product

Get impartial advice from the experts

For impartial advice on the best renewable energy solution for your business, or to arrange a site survey, please call us on 0845 371 3181 or fill in our short online form.