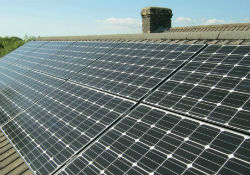 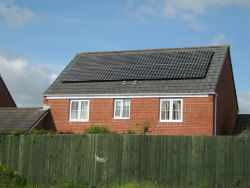 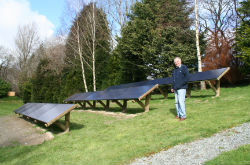 Nestled on the East slope of the Conwy Valley in a sheltered wooded hollow. This caravan park is a small, family run and picturesque place, where owners and their families come to relax and enjoy the peace of this beautiful corner of North Wales.
Owners Reg and Heather had been interested in a solar PV installation for some time, in order to reduce the site’s carbon emissions and energy bills and to increase self-sufficiency in terms of electricity production. They also wanted the solar installation to serve as a visual example of low carbon technology and demonstrate the caravan park’s environmental credentials, so the visual appearance and materials used were of specific importance to them. 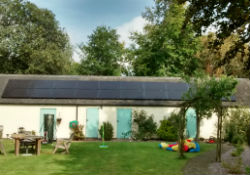 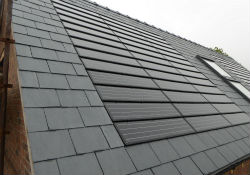 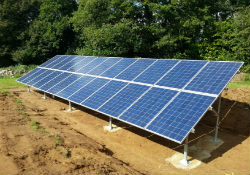 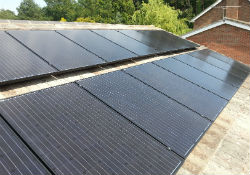 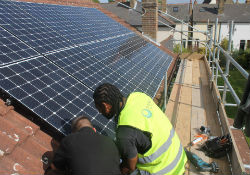 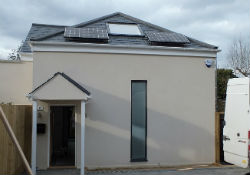